In the midds of all the fuss of the authoritarian world, frustrated humans are more than ever everywhere, and as one of them is one close to me, I'm already getting very good in my practices of being not only aware of my thoughts, but also choosing better thoughts, and it sure helps, but obviously…

Inner wisdom is whispering, Everything Is Possible. At heart there's a feeling for adventure. ...not a longing emerged from the global lockdown, but a deep rooted and since long maturing readiness for the next chapter, making grand life-changes. It's time for deeper/profound and wise connection. It's time to meet the right someone, who brings other…

A MUST KNOW FOR ALL THESE DAYS❗

ON THE BRIGHT SIDE, THE WORLDS BIGGEST MISTAKE IS QUITE SIMPLE THESE DAYS. Having everything depending on the Internet, by moving all things from our lives onto it ... Even though we already know, that ... "we can fail in many ways, but a total breakdown requires a computer"But not only that, we know it…

INTELLIGENCE IS AN EXTREMELY MISUNDERSTOOD CONCEPT THAT NO IQ TEST CAN TRULY MEASSURE, BECAUSE IT COMES FROM THE HEART, NOT THE BRAIN, AND THOUGH YOU MAY FEEL UNWELL AND UNABLE TO CONCENTRATE, YOU STILL CAN DO FINE IN HUMAN CONNECTION, BUT NOT IN AN IQ TEST. A GOOD EXAMPLE OF THIS, IS OFTEN AN OLD…

Blabla and bla... Airpollution and chemicals cause toxicity to occur in our bodies off and on, but stress causes toxicity in a different way as well, which is part of why we say "stress kills". Let's install more intense electromagnetic frequency radiation now, as if there isn't enough Burdens On People's Immune systems already. Especially…

I feel beat up and all hurting, I'm sore in every way. I feel disconnected, like an alien who is not understood, nevermind even heard, not Respected, not cherished nor appreciated. Rather more like an extra wheel in the way, every day since a long time.... I've been kicked in the gut, but instead of…

A BREAF ESSAY ON PARENTING INTERNATIONALLY; ABOUT WHAT WE GENERALLY DON'T KNOW, AS TRAVELING PARENT/S. Growing up traveling, especially during the first developing years of a childs life, mostly causes the child to become bilingual, with is in fact a very precious and amazing factor, much like one of the greatest grand gifts we could…

Ok, my nature of analysing, feeling things out very carefully, keeps coming to the same results, so now I get it, why I feel it so not happening!, for me to enjoy silly things. Because there's no one like minded, so I feel more an alien then connected. Of course, even in the worst of times, you can and should,…

In order to even just have a fair chance at being able to identify any true from false, or any false from all the true, of any case, you have to know all sides that you can possibly find, and know them thoroughly as possible. I guess any investigator would agree to that. Once you…

Regarding the covid-19 virus. A Herman Doctor Sharing his knowledgeable point of view, https://youtu.be/p_AyuhbnPOI and then share.

INDIA - by SmilaZ India presents a wealth of far-flung and tantalizing opportunities for the seasoned and novice travelers alike. From beaches to monuments, wildlife to architecture, sports to spiritualism--there's something for everyone who makes the journey to this wondrous land. The sunny beaches range from Mumbai's Girgaum Chowpatty beach, down to the famous Goa…

PRAGUE - by SmilaZ Prague has been a continual destination on the traveler map for a long time, and the visiting crowds do not seem to be declining. A magically charming city, where many parts resemble a fairytale-like scenery, Prague is steeped in an extensively rich history. And it's complimented by beautiful medieval architecture, cobblestone streets,…

Absolutely Mind-boggling ...Today A Post On Facebook, really freaked me out a bit, with the way it felt to see those expressions of this baby, and then the comments of everyone so blind!...showing how the majority of people are really at all much like people, but more like sheeple!, not aware of much. And that…

Recent : Guts Of My Universe - Journaling by SmilaZ

All That You Wanna Be

Greeting from The New World❣️

Follow Guts Of My Universe – Journaling by SmilaZ on WordPress.com 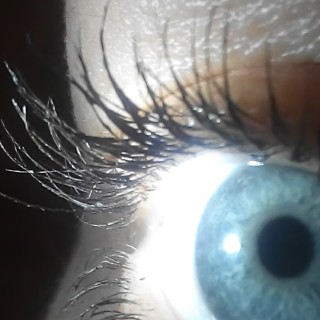 SmilaZ; Somehow drawn to healthy foods & in general something with purity since childhood, eventually turning into a researcher in the field of healing illnesses naturally (since 2007). Here is an individual ADDICTED TO TRAVELING (in the mind as well). Analytical of nature, & traveling already since infant yrs, being the child to artist parents & artist grandparents, the international living is in the very blood and genes. A naturally organized, curious, creative, objective & reflective jack-of-all-trades. Born in Prague (in the old Czechoslovakia), raised part-time style in Karlovy Vary (Carls Bad, CZ) & Copenhagen (Denmark) by a somewhat dramatic & generations long performing-arts family, makes a very different & all sided person. Also had a lovestory with the piano, and sang in musicals in boading school. After those "freedom" years, back home with nothing but a Poly Korg 800, only the singing re'emerged after a year's time (pleasantly "provoked" by Whithey Houston, eventually also Mariah Carey in the early days of her carreer), though only secretly at home when alone. Grew up somewhat independent compared to the other kids around, and moved away from home at age 17. * About SmilaZ, by Ann-Carina Nielsen; At 19 while working her way to the top in a local social project, going through all the positions from dishwasher to waiter, to kitchen assistant cook, to head of interior and image of a cafe restaurant and live event place, she was promoted to the media department, where she started out as what they called office mouse, but also here she worked her way up, being given the opportunity to gradually do all the different work assignments available, till eventually she was doing all the work with great pride and pleasure, leaving the boss sitting with his legs up and just observing all his work being done by the innovative and progressive teenager. He became SmilaZ mentor for the while, which resulted in SmilaZ going to DHS, a Music and Theater School in Denmark, where students reside at the school for a more intensive learning process. After which SmilaZ continued her search (approx. 3 years in total) for a way to be travelling freely, meaning changing city and/or country according to own choise and desire, in order to explore the Globe, (anthropology LIV, as SmilaZ calls it). In SmilaZ own words; it was the most optimal way available, to create the chance to be making ones own real experiences of life and everything in it, to be able to form real authentic conclusions, rather than only taking in other peoples perceptions of experiences discoveries and all their conclusions thereof, (just hiding behind books, away from real life, just studying the conclusions of strangers without even having your own full experience to truly really contrast any of it with by your own self). One must get real in life, to really live fully, to even get the fuller more real original (own adventure) out of living, living things real and raw, by Globe-trotting freely on your own, changing cities and countries whenever it fits your feeling of your way. That was the GOAL, (without having the backing of neither rich nor famous parents) all eventually realized through (efforts of making my sister-friends's biggest dream come true ~which lead me to) discovering the possibilities of Show-dancing, being a key type of job to getting around the world. It turned out to be a freedom so great, that it lasted for a decade's time, way longer than intended. But exploring the World and the Self in it, is incredibly amazing and above all never-ending. { the more you travel into the world, the more you travel into yourself as well, and all the more you learn and therby grow, which you can and should do forever on } SmilaZ ot to live in a few different countries and famous places during the globe-trotting suitcases life yrs.; such as Munich in Germany, Thessaloniki in Greece, St.Maarten in the Caribbean, even south beach on the very Oceandrive itself in Miami, London UK/GB, even Manhattan in New York, and the very Center of Paris in France, and eventually on the famous island Ibiza, and then Berlin in Germany. ...and other places. SmilaZ in her own words; While living part-time/most of the winter-months in Paris, a French room-mate and colleague from my time in David Guetta's show-dance club, brought me in as a Guest-act into the TV-film she was starring in at the time, "Vengeance Brulante". -in English 'Burning Revenge'. I had self-studied and practiced a bit of acting for camera back in NYC, where I was living before I came to Paris. ...part of which lead to Living (the longest of anywher) on the international island Ibiza. ...known to different people for the artist's, traveler's, hippie's and party-freaks paradise, or sex drugs and you mame it. While the biggest and best of it is all beautiful nature. This was the 1st real home from 2004 to 2011, and the first place that felt like home (though avoiding all the party crap, which to me is sheeple shait). For me Ibiza was a ,,Wow This Is My Garden!?" -factor. In BERLIN, I got to get Active in Music again, with Song-writing and Singing, and founded the band WIRED CHILL. *Extra About SmilaZ: With the artist-name `SmilaZ´ are as well the creations of sustainable bamboo fashion-parasols. A Hot & Clever Trend of Personal Shade-Luxuries, which were named `raw elegance´ by SmilaZ. Personally handcrafted by SmilaZ, in unique designs for both Him&Her, as these portable shade-space luxuries are SmilaZ own FAVOURITE ACCESSORY IN LIFE ...which as she claims, became a little obsession that lead to the making of both 'raw elegance' by SmilaZ and the Paradise Shade IBIZA. A perfectly sane and rather clever materialistic OBSESSION, when living in the baking sun, where the summers are long&hot, inorder not to be frying in the sun like so many, Especially English people seem to always do ;-) hehe...). ON THE BLOGs HERE, the generally over all meaningful challenge, is mainly to keep the journaling truly authentic and as Unfiltered expressive as possible.